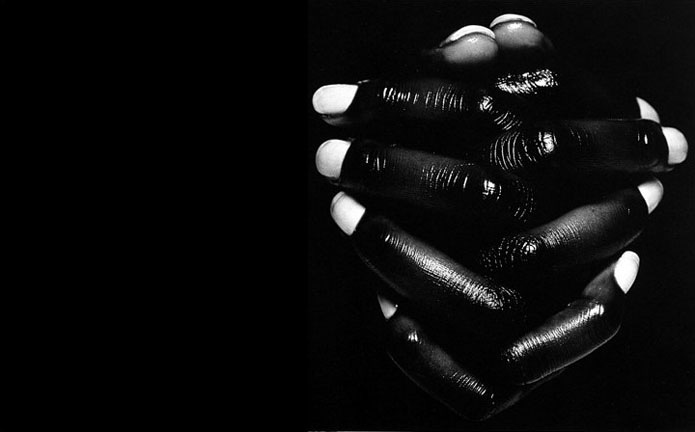 In the 1960s Paco Rabanne made a revolution in the fashion scene by creating a collection of futuristic dresses covered with plates of nickel and chrome. Forty years later in 2001, Le Goues teamed up with Rabanne who provided futuristic dresses and accessories from his archives.

The resulting images highlight the contrast between shiny metals and the lustrous black skin of his models, as they pose against the volcanic island of Lanzarote, cliffs of Etretat, Brazilian beaches of Nordeste, and the sands of the Saharan desert.