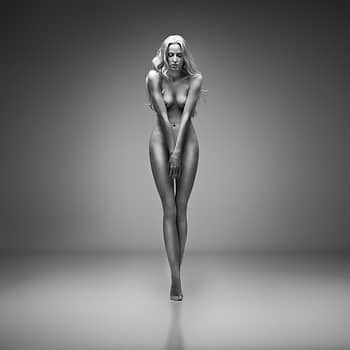 Thorsten Jankowski was born in 1968, Germany, and excels at capturing the sculptural qualities of the human form.

He initially studied Industrial Design at the Hochschule für Bildende Künste in Braunschweig, Germany (HBK). Working as a graphic designer soon led to becoming an art director for online media, and project manager for multimedia business in 1998 with clients such as Bayer AG, Volkswagen, and Audi.

His fascination with portraiture started in the early 90’s. At first he used analog equipment and daylight, but in 2004 he started shooting portraits with studio flash and digital capture. In 2006 his focus became “sculptural nudes” and “sculptural bodies”, with inspiration drawn from work by Auguste Rodin, paintings by Egon Schiele, and the photographic work of Andreas Bitesnich, Waclaw Wantuch and Igor Amelkovich.

Since 2006 he also works as an IT Consultant within the automotive industry.