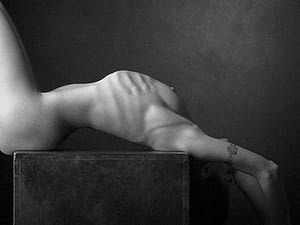 Wantuch was born in 1965 in Tuchów, Poland. His art nude work has been widely exhibited and often features bulbous, distended forms that depart from the mainstream depictions.