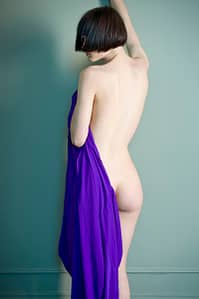 Born in Paris, Sophie Delaporte studied photography and film at the ENSLL art school in Paris.

After graduating, she moved to London and started to work for the English press. Her first publications appeared in i-D magazine, with whom she has since collaborated for a long time.

She currently lives and works between Paris and New York. Her work has been shown in four solo exhibitions at Marion Meyer Gallery in Paris, Scream Gallery in London and at Sous les Etoiles in NY. She has also featured widely in group exhibitions and international art fairs at Art Chicago, Bâle Miami, Photo London, ”Work on Paper” NY, and Art Paris.

Her pictures have been featured in Italian Vogue, Uomo Vogue, Japanese Vogue, Chinese Vogue, i-D magazine, and Another Magazine.